Nearly every person, whether he or she has a cat or not, knows about these pets’ peculiar reaction to products which include valerian root as a main ingredient. Some specialists even compare the effect which this preparation has on members of the cat family with the impact which narcotic substances have on human beings. Due to the vigorous reaction of cats, valerian root is also known as “catnip”.

Before getting an idea of how catnip affects cats, it’s necessary to examine its composition more closely. The main ingredient of the preparation is a perennial plant called valerian which grows in lowlands, on wetlands and by some water bodies. Its stem can reach a height of up to 2m, and the buds form pinkish umbels.

Nevertheless, only the valerian root, which is rather dendritic with a loose structure, is utilized in pharmacology. It contains many active substances: 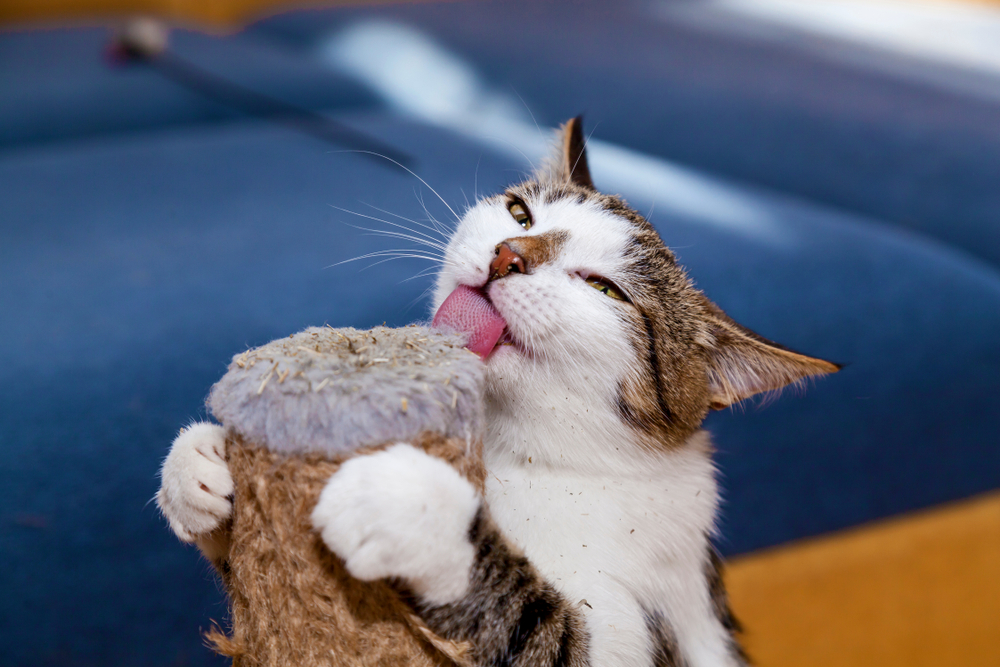 Among many represented acids the isovaleric acid should be specifically highlighted. This substance isn’t as harmless as it seems because it can cause chemical burns if it gets to the mucosal lining of the intestines or mouth.

It’s interesting that, despite a widespread opinion that catnip causes a vigorous reaction, some animals may not even notice the odor of the preparation or, on the contrary, be morbidly scared of it. All in all, some possible variants of the reaction can be specified: 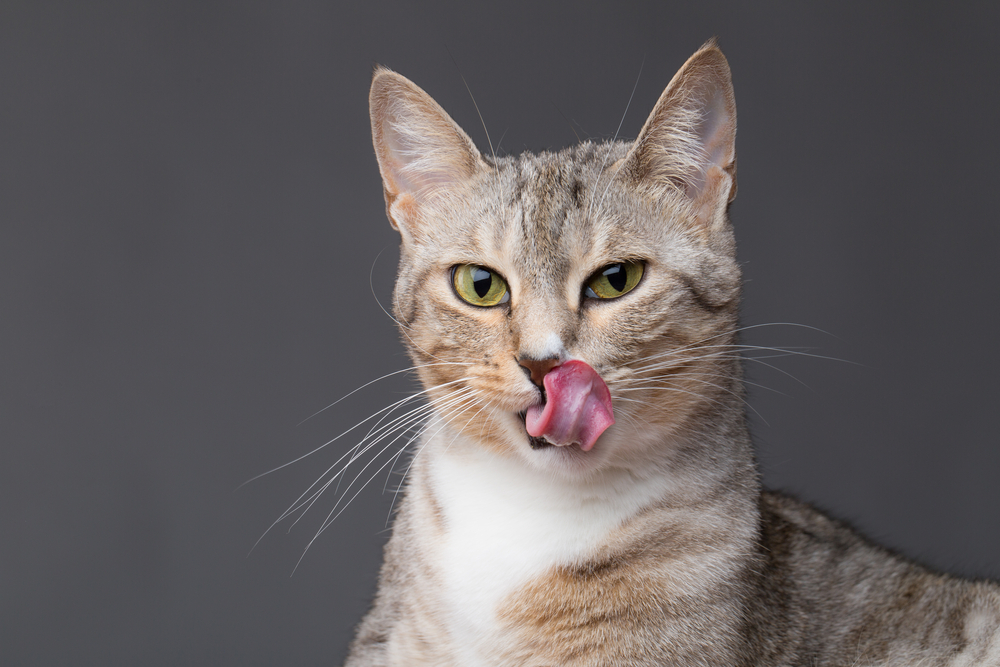 There is yet another type of reaction which has been detected, when cats affected by catnip begin meowing loudly, rubbing up against their owners or looking into their eyes. Many people find such behavior as their pet’s willingness to play. But the reaction isn’t always clear, and occasions, when a number of types of it are detected simultaneously, are quite frequent.

For example, a cat may start to cuddle at first and then suddenly become hyperactive. But as the effect comes to an end (in about 30 minutes), the animal will definitely want to get some fresh air or to nap.

How Does Catnip Work

While trying to understand why cats like catnip, scientists have come to some interesting conclusions. As it has turned up, the odor, which is exuded by the valeriana utilized in the pharmaceutical production, is very similar to the odor of pheromones, which can be found in mature animals’ urea. That’s why the preparation has a stimulating effect on cats, which alters both emotional and hormonal balance.

A question is still unanswered: why do cats love catnip? The point is if a cat smells the odor of another animal, it will probably cause an aggressive reaction but not euphoria. Maybe the reason is that the plant also affects pets’ central nervous system which causes a shift in their mindset.

Also, the presence of euphoria is often connected with actinidine detected in the plant’s composition, which causes addiction among almost every member of the cat family including big predators.

Is There Any Harm Possible?

It’s very hard to say whether catnip can be harmful to cats or not. For example, it can significantly reduce pain sensations which pets experience during treatment of the gastrointestinal tract. Moreover, the root is often added in small amounts into sedatives for animals. Such doses are minimal without any possibility of harm to cats, and also no addiction is caused.

Can It Be Given To Cats?

It’s very undesirable to give pets bottles with human medicinal infusions as it can affect their health badly. There is no need to do experiments like in ‘funny’ videos just to find out how a pet reacts.

It’s also not right to rely on the fact that the medicine has a rather weak effect on humans. Members of the cat family are designed in another way, and changes in their behavior or mental state after taking the medicine may be irreversible.

Nevertheless, there is special valerian in the form of infusions for cats. Such infusions usually have a lesser dose of the root of the plant and are safer for pets. But even in this case, the medication should be taken only for therapeutic purposes. It’s better to visit a vet, who can assign a precise dosage, before giving catnip to a cat, which will cause the purely positive effect of the medicine on the pet.

Specialists are strictly against giving the infusion to cats in their mating season. At such moments animals are already going through the highest level of excitation, and if they’re given the infusion to smell in such a period, an extreme emotional outburst may severely affect the character and behavior of the pet.

Some cases have been reported when animals have reached first aid kits on their own and suffered overdosing from the valerian extract. In such situations, an urgent intervention of a vet is a must as the pet’s life can be endangered. If it has been noticed that a cat has eaten some valerian root pills or had been able to open a bottle of infusion, attention should be paid to the presence of the following symptoms:

In case even one symptom is detected it’s necessary to take the animal to a specialist for an examination as soon as possible. To avoid potential consequences, it’s recommended to hide the valerian infusion in a place where a cat cannot reach it – for example, in a locker.

It’s interesting that the effect of the infusion on cats isn’t always vigorous. For instance, it has been noticed that kittens up to the age of 6 months don’t react to catnip in any way. Moreover, some species of cats go on refraining from the vigorous reaction as they become mature. Such cats may include specimens of the Siamese breed.

WAS THIS ARTICLE HELPFULL

Comments will be approved before showing up.