If a cat is not used to a litter box, it’s one thing, but if it starts to ignore the litter box and pee and poop where it shouldn’t, there could be several reasons for this: 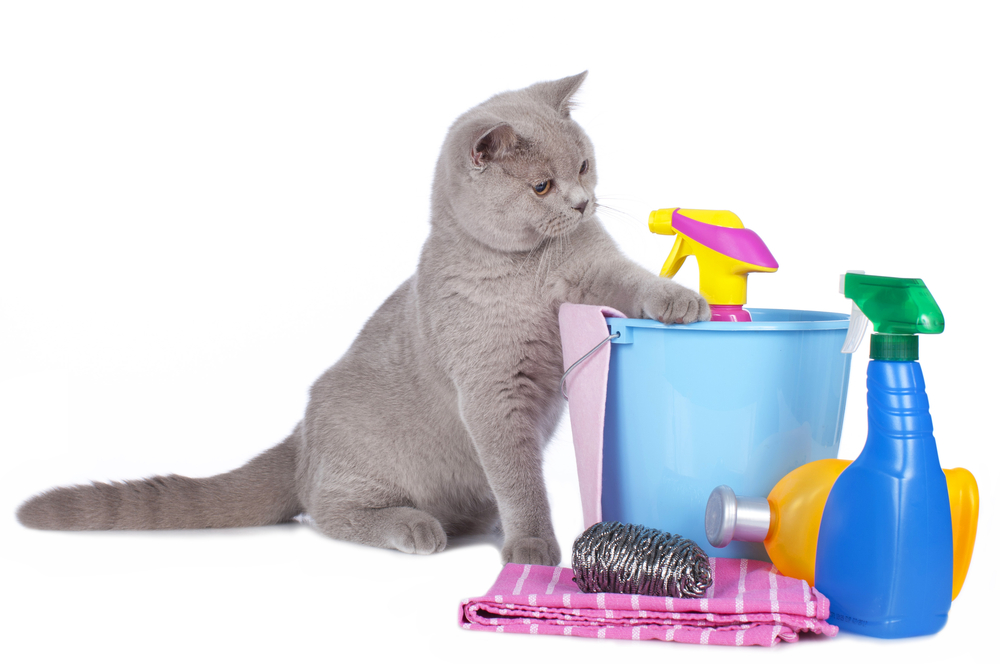 If the litter box is of the proper size, the environment is friendly, and no one stresses the cat, yet it still won’t use the litter box, it’s time to go to the veterinarian. Perhaps by doing this, the cat is trying to tell you that something is wrong.

The smell of cat’s pee is unpleasant, but the smell of scent-marks is literally unbearable! The reason for this is the thiols that are found in the intact male cat’s pee.

But why would they do that?

The cat may see you as an alpha male, and it wants to take your place and be in charge; 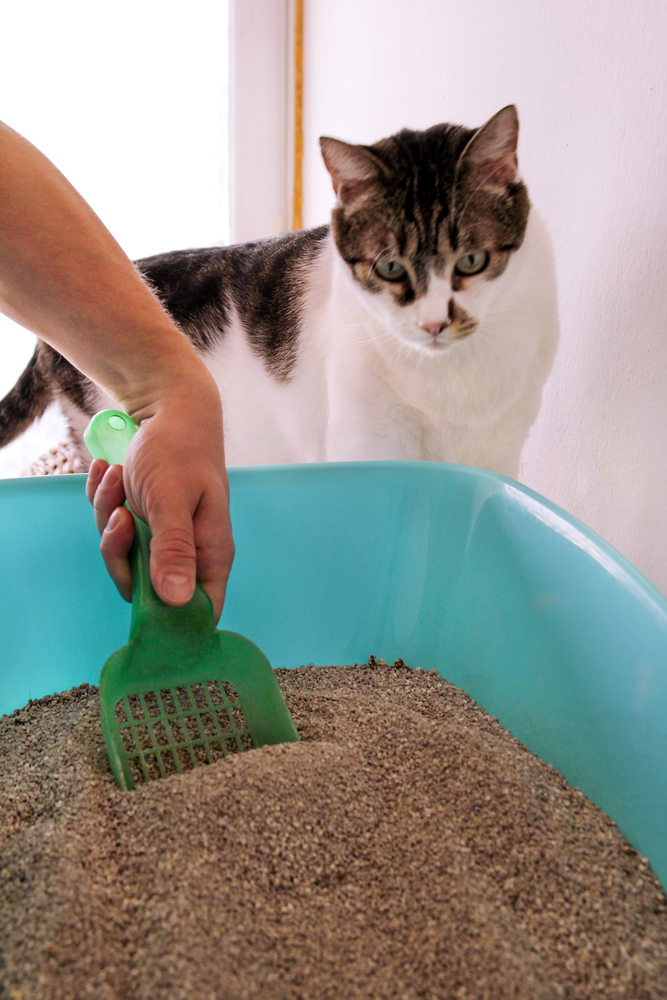 The cat may see himself as a pack leader. He uses scent marks to tell everyone else that he is the boss here;

Identify your role in this pride and choose your strategy accordingly.

How to Stop a Cat from Marking Territory in the Apartment

Some people say that it’s impossible to stop a cat from marking territory. However, it’s not true. There are several ways that work reasonably well:

When the cat sits down to its dirty things, firmly grab it by the back of the neck and lift it up.

Notice that the cat will literally tuck its tail. Hold the cat in this position for a little while. The cat will understand who’s the boss here now. After that, put the cat back on the ground and wipe scent marks with your old socks or a T-shirt.

It will immediately solve the problem for good. However, the surgery doesn’t change the chemical composition of pee, and it remains smelly. In rare cases, cats continue to mark territory even after castration, but it’s more of an exception from the rule.

How to Stop a Cat from Pooping Left and Right

The easiest way to do that is to take the cat to bed with you when you go to sleep. As a result, the cat will feel safer.

You can rub the cat’s neck with a napkin, and then rub places where the cat peed or pooped with the same napkin. The cat won’t go to the toilet in places that smell with its own pheromones.

It’s possible to fool the cat with food. Just put a bowl with food in the place where the cat poops most frequently. You can even place several bowls all around the apartment. The cat will not go to the toilet in the same place where the food is.

Next, you can solve the problem in a glamorous fashion. Just put a sheet of foil in your cat’s favorite places to do its duty. It will not do number one or two on such a shiny surface.

Finally, you can buy a spray or a solution that is used to repel cats from certain places. Simply use the spray or the solution on every spot you’d like to keep clean. As a result, the cat will have no other choice than to go to the litter box.

If nothing helps, it’s time for plan “B.” Lock the cat in a small room with a litter box, food, and water for a couple of days. Three-four days will be enough to get used to the litter box.

But if the cat continues to do its dirty things everywhere but in the litter box, you have only way left. It’s fixing. The fixed animal will most likely use the litter box without any further problems.

In addition, we recommend that you buy a UV lamp. This will make it easier for you to find scent marks.

Are There Any Home Remedies for This?

It’s believed that chlorine can stop a kitten from peeing outside of the litter box. But the truth is that you should never use it. Instead of repelling the animal, chlorine actually works as a cat-magnet. You should only use chlorine in the apartment when the animal doesn’t live in it anymore.

So, What Can You Use to Repel a Cat from Unwanted Places?

Lemon and orange peel work really well. Vinegar, fir extract, garlic, and iodine will drive away the cat for good too.

However, these aids are useless if the cat poops exclusively in flower pots. As an alternative, you can put some toothpicks in the soil. These spikes will make the cat think twice before doing its duty.

Also, you could put some double-sided tape on a windowsill. What kind of cat would like to walk on such a sticky surface?

Come to think of it, you can actually put some orange peel or garlic in the pot. It will do no harm to the plant and works as a deterrent to the cat.

When You Should Use Store-Bought or Home Remedies

Remember, the best way to fight this problem is prevention. Teach the cat to use the litter box from a very young age, so that it won’t “surprise” you later.

If nothing helps, see a veterinarian. Perhaps the kitten has a urinary tract disease.

WAS THIS ARTICLE HELPFULL

Comments will be approved before showing up.